Housekeeping is a lot like government services. You only truly notice it when someone stops providing it.

You know why you don't have any clean underwear and there isn't any bread in the pantry?

Because we fired the teachers, firefighters and police officers in order to give tax breaks to the wealthy and to wage wars we can no longer explain.

This blog at five

I'm still pinching myself over the fact that I have this blog back. I'm trying to repost some of the best old work, but it's time consuming and sometimes I tumble down the memory hole when I read the old posts. I can remember what was going on with our family or what was happening between MathMan and me. Crazy times. Silly times. Painful times.

A couple of observations. About politics. How little has changed. About money and the economy; ditto. About family; we came through it and yet the more things change, the more they stay the same. In many ways, we're still fighting the same battles.

The good news I can now listen to a few songs without feeling bereft or like I want to kick myself.

Sometimes it seems like they only let us vote to add some legitimacy to their crimes against The People.


I don't think anyone leaves Congress with less money than they came with these days. And if they do, they're obviously doing it wrong.

If any of my kids tell me that they plan to run for state or federal office, I'm going to jump up and click my heels because at least then I can count on a spot in one of the nicer nursing homes.
Posted by lisahgolden at 8/16/2011 11:48:00 AM 2 comments: 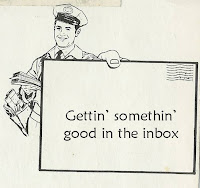 Dear Rich Lowry or should I say the man for whom Sarah Palin's wink launched a thousand erections,

I saw you on CSPANKme last night. It was a rerun of you boring a bunch of young Conservatives to death as you droned on about President Lincoln. The show was taped on a Friday night and those poor kids just wanted to hit the bars and hook up, but there you were, nattering on, equating the political parties of today with the political parties of 1860. You were taking great pains to illustrate a connection between Democrats today and the Southern Democrats who supported slavery. You said something about how they had to deny the part of the constitution that states All men are created equal. I think. Anyway, I may have nodded off from boredom. Or maybe it was because you were sucking both the oxygen and the sense out of the room. Whatever.

You owe an apology to those kids for misinforming them and for cutting into their fun time. Sheesh, man, don't you remember what it was like to go to those conferences?

I'm writing to you today, Rich Lowry, to let you know, in case you hadn't noticed, anyone who would have identified as a Southern Democrat in 1860 would now identify as a Republican. You failed to mention that. 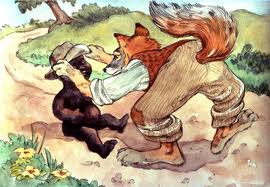 My mother took me to see the re-release of Disney's Song of the South in 1972. I was seven years old. Even at that tender age, I understood that Tar Baby had a racial meaning and was a phrase I should not repeat if I didn't want my butt blistered.

Email ThisBlogThis!Share to TwitterShare to FacebookShare to Pinterest
Labels: Lies and the Liars who tell them, Politics, Racism, Rich Lowry, Rush Limbaugh

Give every household with an income of less than $200,000 a raise. Tie it to nothing. Just here's $40,000 over the course of 2012 to spend as you wish. Take income taxes out of it.. So each month, every household with income of less than $200,000 would get an additional paycheck. And then, in 2013 when demand has helped create new jobs and there are more people paying income taxes and more people spending money and the economy is humming again, the payments stop. It's a finite thing from the very beginning.

Take the Goldens, for example, if you do a standard withholding, with deductions for Medicare and Social Security and including state taxes, we would net an additional $2,641.91 per month.

Dude! Do you know what we'd do with that money?

We'd spend it!!! I already have a long list of things we don't spend money on because we don't have money. Let's start with the orthodontist. Don't you think he'd like us to pay our bill? Of course he would! And guess what? After we pay off Nate's teeth, we'd have Sophie right in there getting the wires put on her crooked teeth.

We'd get the refrigerator fixed, buy me a laptop, make payments on MathMan's student loans, go to the dentist, buy new eyeglasses for MathMan, pay off our private loans, take a vacation that doesn't include a cat, remember to buy birthday cards, help Chloe with her tuition,buy some clothes for MathMan and me, repair the dented car and perform regular maintenance on it, go to the movies have dinner out, join the local gym again, and I might even take a class or two to help me find a new job.

And that's just off the top of my head. We also need a new mattress, I could use some new running shoes and my undie drawer is looking pretty dismal these days.

For those people who would fuss that they aren't included in this scheme, I say you win, man, you win! Your boat will be lifted with this tide, as well. Dr. Orthodontist gets his scratch, for example. Without some kind of radical change, I can assure you that Dr. Ortho is not getting his money and Nathan will die an old man wearing vintage braces.

How do we pay for this? Well, it's a socialist idea to be sure -a transfer of wealth, but isn't it about fucking time that the flow go the other way? We've spent the last ten years transferring the nation's wealth to the very wealthiest and the ship is tipping. We need to balance things or we're going down. So yes, the wealthiest are going to have to pay a little more, but for heaven's sake, they've enjoyed a windfall since President George W. Bush cut their taxes. They can afford it. Trust me.

Thank you for the ongoing support

Dear lord, I'd noticed a spike in online searches for information pertaining to Nancy Pelosi's breasts. I don't get it, but there are many things I don't get.

So! I'm pleased to report that through an anonymous contact with access to the House Fitness Center's women's dressing room, we now have photos.