Hey, watch where you stick that thing 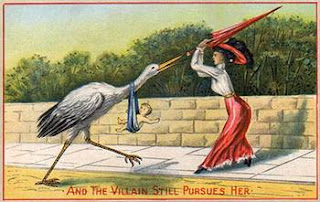 Why am I happy about the current focus on social issues? Doesn't this kind of thing usually send me over the edge trailing a stream of curse words behind me?


I've been thinking about what happened last week with the all male testimony to the Congressional committee and the GOP's reaction to the contraception provisions in the Health Care Reform Bill and how that, combined with the Komen debacle and the rise of Rick Santorum as a serious potential Republican nominee. It's interesting how all of these things coming together have shed a bright light on something that hasn't received nearly as much scrutiny as it should have.

Republicans have been running a systematic campaign to repeal, reduce and revise reproductive rights, particularly in regard to women. Yikes! Like many of our state legislatures, that's R overload.


It's not just one thing, it's many things. We'd be wrong to ignore a trend, a death by a thousand cuts.

Geoffrey has some marvelous ideas to help protect the Y contributor. Includes Oedipal Balls and the Sack of the Future.


Averil illustrates what it feels like to be a woman in this unhinged world.


How far will they go? 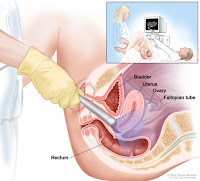 It starts with a v and ends with an a.  I mean, what's the big deal anyway?

They're not done either.

Thankfully, women are learning to fight back.

And finally, "If Rod Serling were alive today, he'd write a Twilight Zone episode in which all the Religious Right zealots wake up pregnant in a world run by fundamentalist women."  - Dan, a Facebook friend of Jayne, a fabulous writer (she's got TV credits and is published!)

Please don't pee in our uterus, we don't swim in your church

Why do Republicans hate for other people to have sex?

Do Republicans really want to take on the contraception fight? Have they lost their ever-lovin minds? They insist that this is about religious liberty not contraception. I, like so many others, disagree.

When the religious right showed its true intent by focusing more of their political power on issues having to do with sexual behavior instead of economic justice and human rights, it became clear that their fight against a woman's right to choose would not stop at abortion. As they chipped away at reproductive rights, they  began to work on their plan to attack the affordability and accessibility of contraception.

Because even I, with my limited knowledge of Christianity and Jesus' teachings, know he spent way more time talking about charity, kindness, peace, love and forgiveness than he did about pee pees and wee wees. But hey, sex sells. It stokes something in our lizard brain. If you're talking sex, even if you're railing against it, people are more likely to listen.

When the story about Catholics being upset about the provision requiring employer-provided health insurance to cover contraception exploded, I understood how the issue could be framed as an affront to religious liberties, but my question was what if you live in a place where the only medical services provided are through Catholic-affiliated health care facilities?

Well, it turns out that you would be without options. Your personal liberties take a back seat to the institution's beliefs.

It's not all bad news. People are fighting back. Including governors.

I'm not anti-religion. What you do in your home, your head, and your church concerns me not one bit. But if you're going to take federal and state money to provide health care services, you should have to operate as a health institution first, not as a religious institution.

With the growing movement from the right to limit the rights of women, it's time for all of us to take a good look at their aims. What is it about us and our innie reproductive parts that frighten them so?
Posted by lisahgolden at 2/16/2012 03:39:00 PM 60 comments:

I can't stop peeking through my fingers at the carnage, the aftermath, the bruised and bloodied form of our society stretched out among the shards of glass on the side of the road. We could see the collision as it unfolded because history, that repetitious asshole, has shown us what happens when you concentrate wealth, gut regulation, and poke your tax code full of holes.

Americans from sea to shining sea want to know who is going to fix this mess? Answers come from all sides. We pick and choose that which suits us. A Chinese menu of solutions.

A young man on the right toys with his drink, places his order. Um, I'll have the tax cuts with more deregulation on the side. Oh, and hold the entitlements.

There they were on the television. Angry white people sneering into microphones. Angrier white people trying to hook up with each other made up the audience. The CPAC turned C-SPAN into one hellacious hate fest. Rage against the machine that is government, liberals, elites, taxes, regulation, teleprompters, pro-abortion atheists, Democrats, welfare queens, entitlements, poor people, lovers of European-style Socialism, practitioners of Chicago-style politics, Massachusetts, New York and California, the lamestream media, Occupiers, gun control freaks, homosexuals and people who refuse to learn English. Those haters of all things America. The blame America first crowd. The apologizers and appeasers.

There was no mention of drowning government bureaucrats in bathtubs, but there were lots of references to Obama. Please do take note. Obama. Not President Obama.

Grover Norquist wants to rule the world without taxes. Sarah Palin wants to deliver real Americans from progressive evil and into the welcoming arms of free market capitalism. Her mean mouth formed sharp words with which to stab at crony capitalism. Without the slightest hint of irony, her scorn for those who would use their political positions to gain wealth was palpable. You could see it coming off her in waves.

The crowd was hungry for this kind of lovin'. Cameras flashed. I held my hand to my forehead, was I flushed? Was this the equivalent of a good mental spanking? Would this scratch my itch, my need for a little punishment for my loose morals and liberal ideology? But that's redundant, isn't it?

I closed my eyes and soaked in their fury, marinated in the blood of their Christ who railed about sex and preached the gospel of prosperity. I could smell the green ink of the dollar bill. A vision of Ronald Reagan swaddled in red, white and blue bunting came to me as I moved closer to the television. I had to see the fire in their eyes, the exact curve of their lips where the spittle of righteousness gathered, their pores a thousand points of light, I'm sure, if only we had high def.

The crowd roared its approval. I drew back to see the big picture. Sarah Palin in her perfectly-fitted red suit body surfing the crowd, the young disciples passing her, smiling and waving, over their heads. A country singer crooned over the rapturous noise "She's not just a pretty face......."
Posted by lisahgolden at 2/13/2012 09:08:00 AM 29 comments:

We can't go on together
with suspicious minds.
Or our insatiable thirst for fossil fuels.

An interesting conversation about how we could reduce our consumption and dependence.